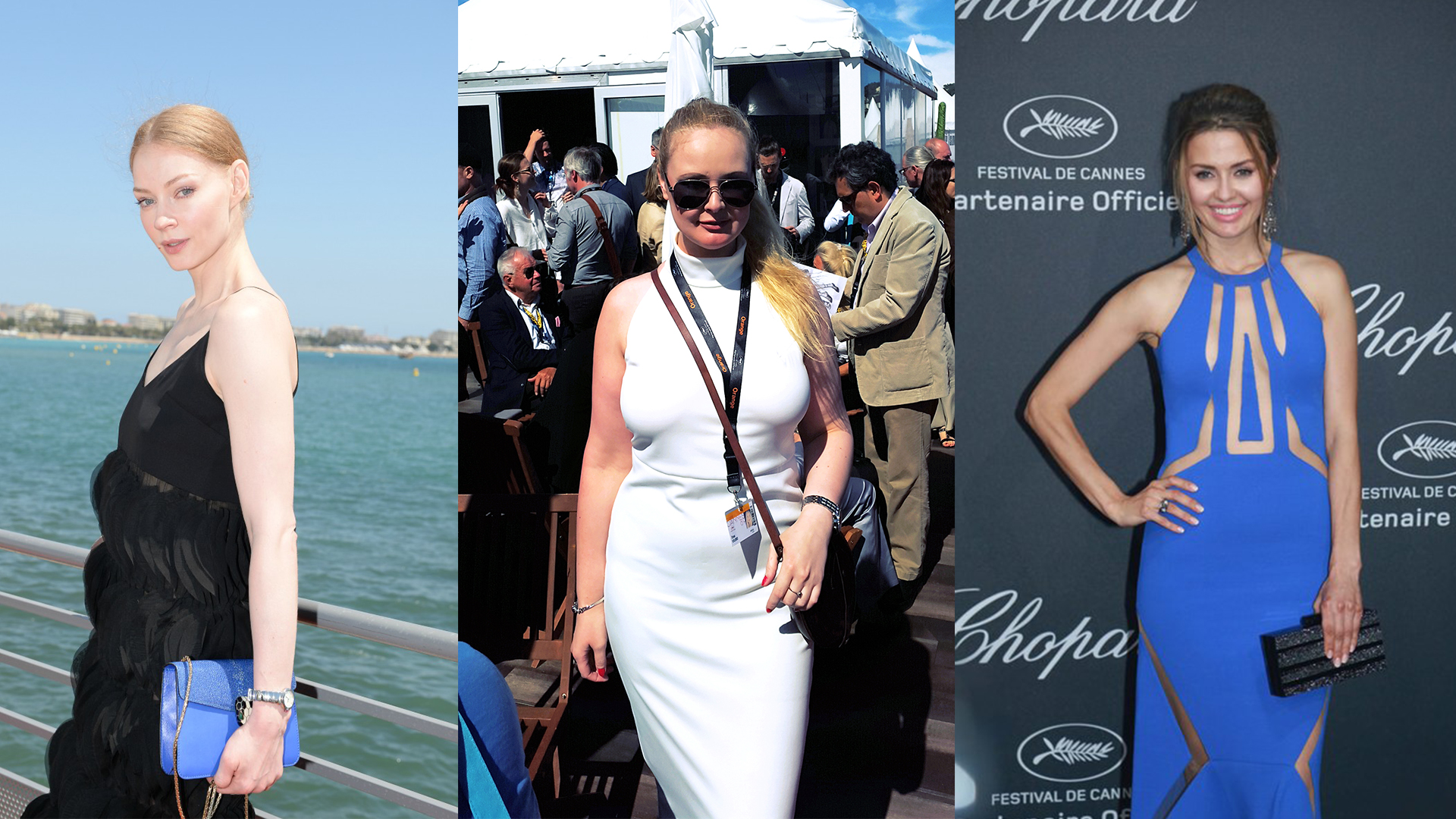 At the 69th Cannes Film Festival, representatives of Russian show business were seen. The brightest Russian stars, representing Russia were the following: actress Elena Khlibko, actress Svetlana Khodchenkova, actor and film director Fyodor Bondarchyuk, writer Lena Lenina and film director Kirill Serebrennikov.
Fyodor Bondarchuk, Elena Khlibko and Kirill Serebryannikov attended the opening of the Russian pavilion at Cannes, presented by “Roskino”. Svetlana Khodchenkova arrived in Cannes to present her new film project, which premiere is next year. Lena Lenina normally flashed his extravagant outfits and hairstyles.
Of course, such high-profile events like the Cannes Film Festival, could not fail to attract the Russian regulars of social events and red carpets. Among them – Victoria Bonya, Svetlana Bondarchuk, Tatiana Navka and Elena Khlibko.
By the way, Russian actress Elena Khlibko, memorable for the TV series “Posledniy Ment”, “Sled” and “SashaTanya” arrived in Cannes for the first time, but she has already managed to attract the attention of the local public with her purely Russian, Slavic type. “I visited French Riviera for the first time and I immediately noticed how change an attitude to you of people, if you speak French! I don’t know French, but I always have a couple of phrases in French, and it helps to win over the locals. In Paris, it’s not so evident, and here in Cannes – yes, it is necessary to know the language. So, next time I will have to learn! “- Elena shares.
At Cannes Film Festival events, Russian celebrities had to adequately represent the country and stand out among their colleagues from other countries. Who, in your opinion, cope better than others do?